We are Tu Tu Excited!

Last year when my phone rang, I had a funny feeling picking up the call.  It was my beautiful older sister Diana calling to tell me that she had recently discovered a lump under her arm and that the biopsy had come back with grim news.  It was breast cancer. I was a bit shocked because we have no family history of breast cancer in a family of mostly women. I had pretty much, stupidly, thought we were immune. My sister was stage 2, and, with a double mastectomy, had an excellent prognosis. She is very lucky. We are cautiously relieved!

Almost everyone has been touched by breast cancer at some point in their lives.  If you are lucky enough not to get it yourself, you most surely know someone close to you who does.  That’s why we are thrilled to select the Carey Foundation’s “The Tutu Project” as the beneficiary of donated funds raised in this years “Rock Your Tutu.” This is our 5th annual Rock Your Tutu event, which in the past has benefited St Jude Children’s Research Hospital.  All sitting fees from this event in our studio’s nationwide will go directly to The Carey Foundation.

To understand why we chose the Carey Foundation, look no further than the foundation’s website.  www.careyfoundation.org. On the home page, you will see the back of a middle aged man at the end of a long dirt path (symbolic I am sure) leading up to the top of a hill, with nothing but sky and clouds beyond.  Some of the clouds are white and others are gray. He is standing with his arms open to the heavens.  He is wearing nothing but a pink tutu.  Yep, a pink tutu! 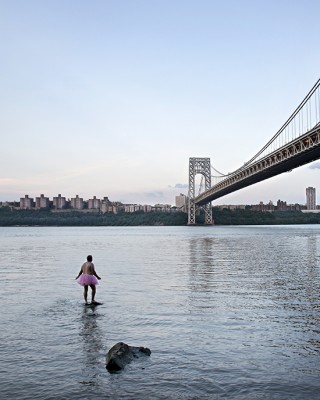 That man is Bob Carey, who along with his wife Linda, established the Carey Foundation to raise funds to benefit men and women with breast cancer. Linda, you see, has been living with later stage breast cancer.  Why the tutu? Because Bob found that it made Linda laugh!  It not only made Linda laugh, but it made other people suffering with breast cancer laugh too…..a lot! So The Tutu Project was born.  Bob, a photographer by trade, has photographed himself all over New York City in front of many iconic landmarks, wearing nothing but his pink tutu. Bob’s extreme gesture to Linda and other people living with and fighting cancer has become a media sensation.

Bob and Linda are amazing people.  Their foundation is doing great work.  That is why Rock Your Tutu will, for the first time this year, be benefiting the Carey Foundation! It is a perfect fit! 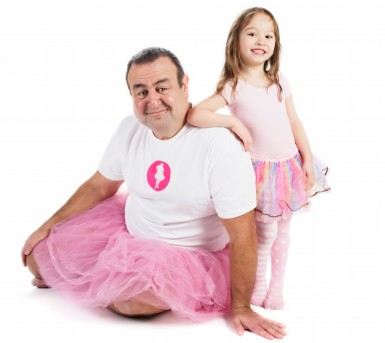 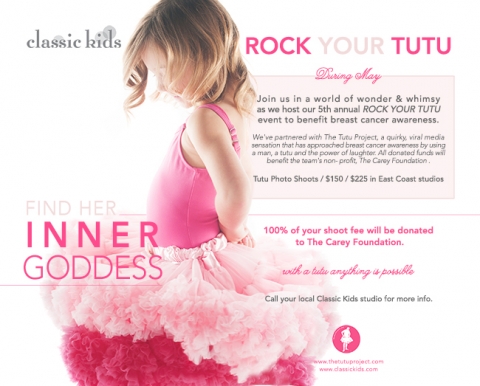 Thank YOU for Making 2014 Magical.

Wow, what a year it’s been!

As we wind down our busiest time of the year (yes, so busy that we were ordering lattes and pizza well past your bedtime), we find ourselves taking a deep breath and reflecting on the year that is behind us… and we’re pinching ourselves! Boy, are we lucky!!! We made many memories for families. We were a part of some of life’s greatest milestones and moments. We helped to capture a piece of your family’s very special history. We witnessed growing bellies and babies. We’ve been given dozens of wet, slobbery kisses from the furriest family members…. and we created countless heirlooms that will be cherished for years to come. We really, really, really love what we do.

Thank you to all of our dear friends, clients and families for making this year one of our very best! Join us in looking back on just what made 2014 so magical….

The Making of Our Holiday Windows

Oh What Fun and Laughing All the Way

We’d love to share some outtakes with you! These are from our recent efforts to build our holiday windows around a “sparkle and shine” theme…as in “Spread a Little Sparkle this Holiday Season.”

Our images often appear effortless; like the moment captured just happened and we were there to push the little button. But as all child photographers know, that could not be further from the truth! When our little family of CK photographers gets together, we laugh at each others stories until our faces literally hurt from smiling. Behind all the great photos are all of us big goofballs, doing all kinds of crazy things to make the perfect shots happen…and boy do some crazy things happen! 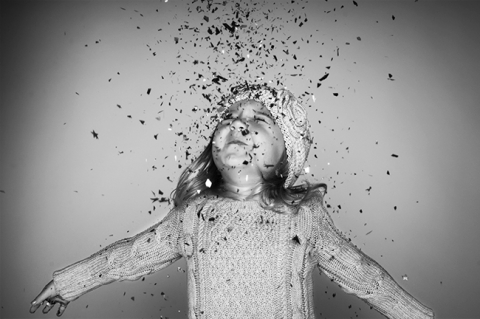 Sarah Dickerson, head photographer of our Chicago studio, got an amazing shot last year of a family with four kids perfectly blowing confetti out of their hands at the camera. It does look completely effortless. We assure you it wasn’t! Then someone (…ok…me…) got the brilliant idea to build this year’s holiday windows around a confetti theme. All we needed were maybe 6 or 7 more perfect confetti shots to go with it. Oh boy. 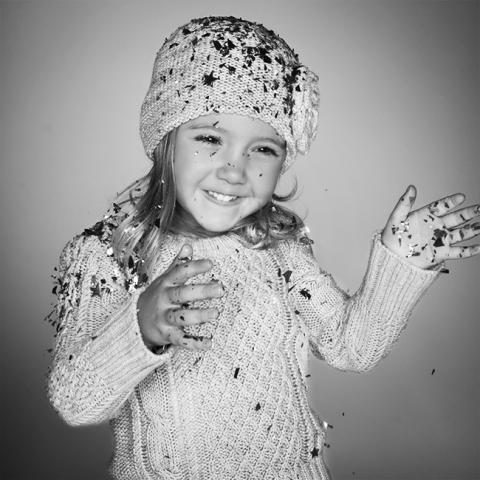 We found out fast how difficult it is to take great shots of little ones playing with confetti! In the end, after expending our own blood, sweat and tears (literally) we got our shots, but it was NOT easy and we are all still finding confetti in the strangest of places! 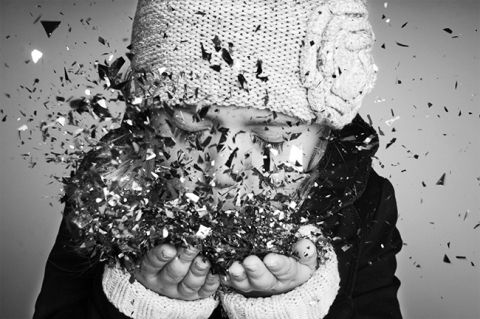 Our biggest fear is that all of our holiday families will come in looking for great confetti shots for their holiday cards because it looks so fun and easy! Oh boy!

In the end, it’s all worth it to get the perfect shot, like this one (our original inspiration) from our Chicago studio! 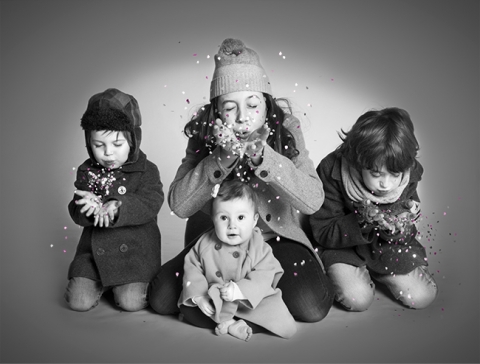 Yesterday, I helped pack up my first born son for his move out of state. He has been living at home for the past year, saving money while working for his company that is now transferring him. The week before last, I moved sons two and three to the East Coast to college, one as a senior and one as a freshman. I am feeling pretty smart right now that I saw the “hand writing on the wall” 8 years ago and had another baby at 43. He was literally my last good egg.

My previously CRAZY home life has instantly become much more civilized, albeit with a few pangs of heaviness, springing from deep within, several times a day. Glad I still have one little boy at home, and he still loves hugs.

Just weeks ago, on our annual Lake Tahoe summer vacation, amidst groans from all, I assembled boys big and small for the family Christmas card photo. They dutifully lined up, knowing that protesting would be a waste of energy. When your mom is a photographer, there is just no argument that is going to win. I am one tough bird…..when it comes to photos.

Someday they will thank me?

Starting with our very first year as a couple (25 years now), my husband and I have been doing photo cards each year. My sister-in-law gave us a holiday memories scrapbook when we were first married and I have been nearly religious about writing about where we were, who we were with and anything special or mundane about each Christmas ever since. Each entry always includes the holiday card. Little did I know what a treasure I would have one day!

The holiday cards tell my family’s history. Each new birth, each new milestone is there for all to see and admire. Some of the cards are funny, some are silly and chaotic, and all are just plain beautiful! It’s fun to page through the book and see the gorgeous babies turn into scruffy grade schoolers then awkward teens and finally into full grown men. My goodness. So interesting to see my husband and me go from young inexperienced parents to slightly graying sages who have seen just about everything. Priceless. 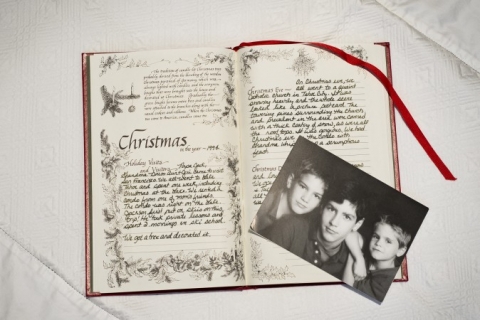 One of my very favorite clients of all time started coming to me for annual photographs of her daughter many years ago when she was a just a 6 month old baby. She plans her sessions at about this time of the year and has us design and produce her Christmas cards. While at her house one day, planning a wardrobe for an upcoming session, I noticed that she had framed, in the most beautiful way, every holiday card, every year, since her daughter was born and they were lining the hallway to her daughter’s room.

The frames for the cards are the same, simple, silver bead pattern, creating a gorgeous visual display. My jaw just dropped, seeing all those gorgeous shots done over the years and literally seeing that little girl grow up right there on those hallway walls. I got goose bumps looking at them all. What a fantastic idea! My wonderful client says she never, ever tires of looking at them. She has been careful to leave more room for the ones to come. I wonder when they will stop? Hopefully never. 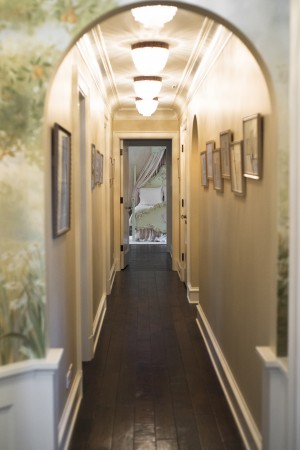 My client’s holiday card hallway leading to her daughter’s room. 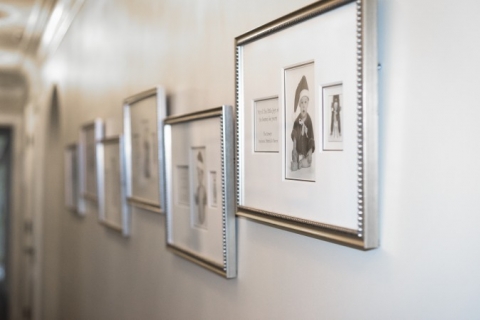 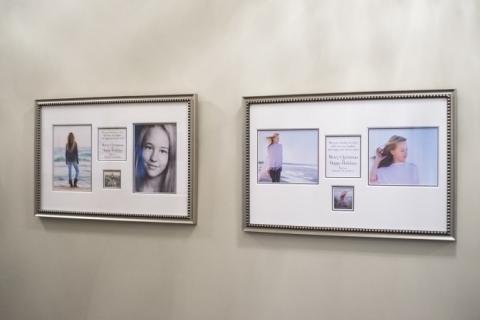 Every year of my client’s daughter’s life is captured in holiday cards, simply, but elegantly framed. 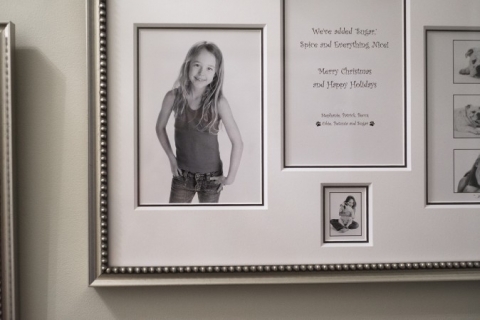 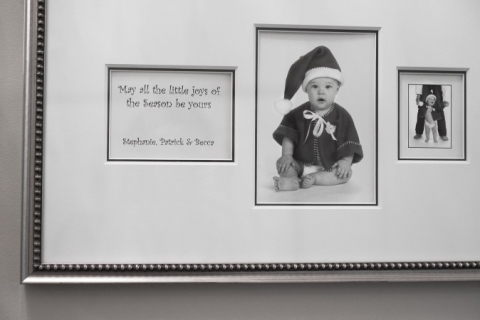 Holiday cards are fun to send and fun to get. Beyond simply being seasonal greetings, your holiday cards are telling your family’s story, year by year, person by person. Preserve them. Treasure them.

The Primo Center for Women & Children

In my crazy everyday life as a mother of four and as a full time photographer running multiple studios, I sometimes get lost in the “crisis of the moment” and forget why I fell in love with photography to begin with over 20 years ago. Every now and then something always happens to make me rediscover that love in its purest form.

Yesterday was one of those moments.

One of them made me a paper crane while patiently waiting for his turn in front of my camera, and then, as a thank you, proudly thrust it into my hand. Another hugged me so tightly and for so long that I couldn’t move nor breath very well… but I wasn’t going to be the first to pull away! Yet another made me the loveliest of crayon drawings depicting a beautiful house with a green yard and a bright yellow sun.

These were the kids of the Primo Center for Women and Children, the Chicago area’s preeminent and pioneering shelter for homeless women and children. They visited me in my Winnetka studio to work on a very special photo project. We are attempting to put a face on child homelessness in Chicago. Our goal? To create 15 beautiful 30 x 40 canvas art pieces for display at Primo’s annual gala showcasing the beauty and reality of these vulnerable little people. We hope to create a traveling exhibit of the pieces after the gala in September.

Everyday we hear that there are people in need. Living in Winnetka, Illinois, I almost never actually run across them. My ardent belief is that once you do, there is just no turning your back. This is especially true with these little darlings. They truly are the most beautiful children with the most tender hearts. They are so completely innocent and in such dire circumstances. Even though most people will never actually get to meet these special kids, my hope is that my photos will be enough for viewers to make that critical connection. I am hopeful that the shots I have chosen will give the viewer a window to their souls.

The kids were so incredibly grateful for the attention paid to them. The photo shoots made them all feel special, highly valued and like key contributors to a special cause. Just wait until they see their gorgeous portrait hung proudly on the wall!

That is why I love photography. 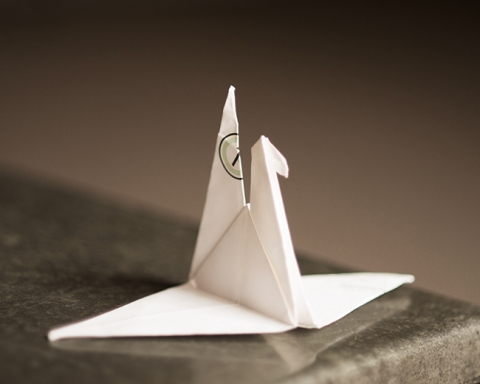 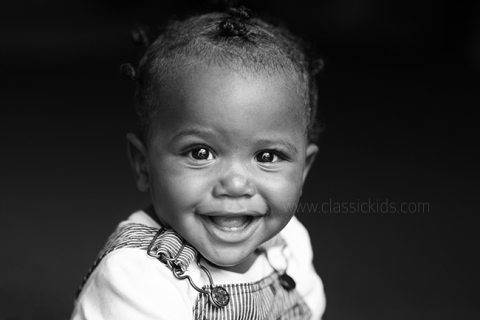 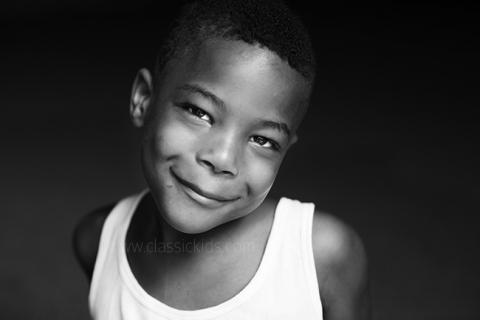 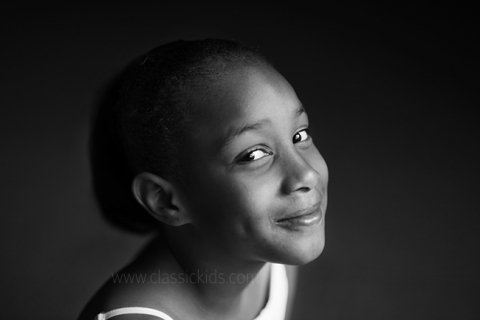 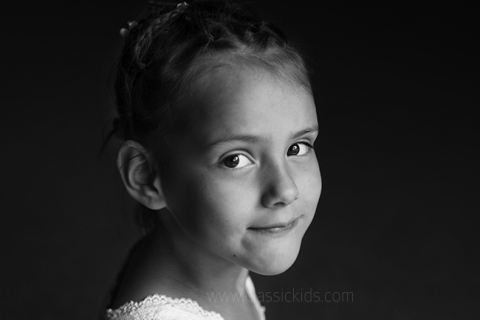 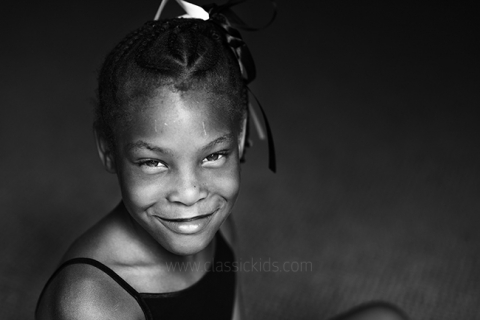 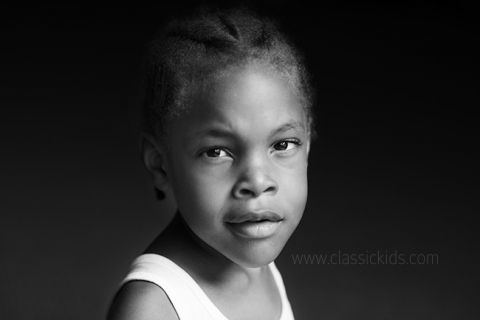 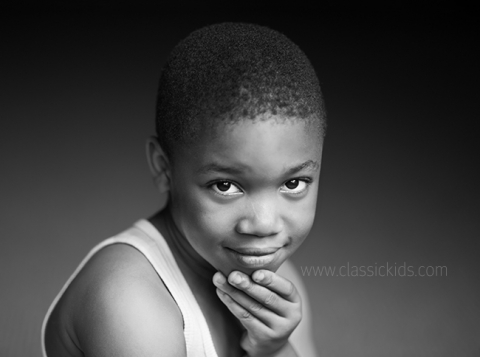 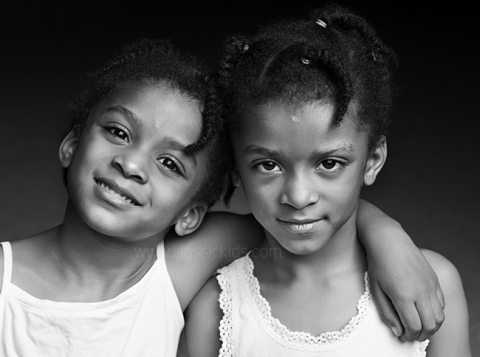 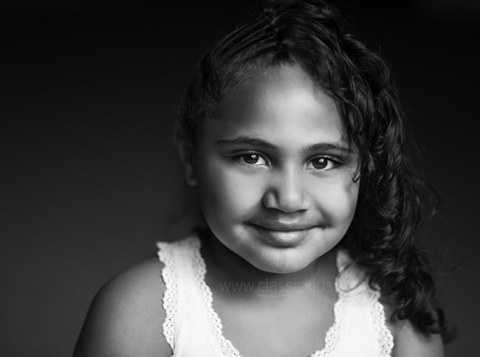 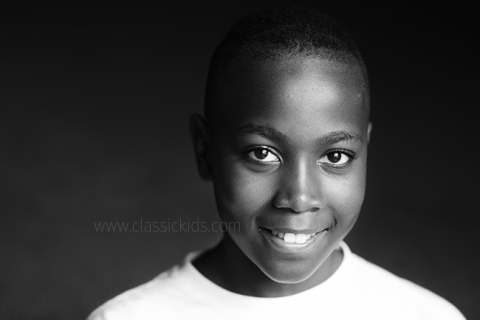